The dominant feature of the Prague panorama is Prague Castle. This view is hard to imagine without the two white towers of St. George's Basilica, which have been rising above the red roofs of old Prague for nearly a thousand years in good times and bad.

In 920, the Duke of Bohemia, Vratislaus I, founded the church in honour of the martyr St. George but he did not live to see its consecration. His successor, Saint Wenceslaus I, had the remains of his grandmother Ludmila transferred here from Tetín, perhaps together with the body of her husband, Duke Bořivoj I. It is said that when the men dug up Ludmila's grave in Tetín, they saw that her coffin was completely rotten. Once they opened it, they were astounded; the body of St. Ludmila was intact. Along with Ludmila´s remains, a stone was also transported to Prague, onto which dying Ludmila fell and stained it with her blood. The stone is still exhibited in a special apse in the chapel, where the remains of the first Czech martyr were reinterred. On this occasion, the church was also consecrated. In 973, it was extended and rebuilt into a triple-nave basilica which served as the burial place for the Přemyslid dynasty until 1055. Duke Vratislaus and probably Dukes Oldřich and Jaromír are buried here. It is also assumed that the remains of Duke Boleslav II are held here.

After a fire in 1142, during the siege of Prague by Conrad II of Znojmo, the basilica was restored to its present appearance by abbess Bertha. Two white marlstone towers with a stone roof and two rows of Romanesque windows were added to the side naves on the eastern side. The thinner one was called Eve, and the thicker southern tower was named Adam. In the first half of the 13th century, the chapel of St. Ludmila with her grave was additionally built.

Under Joseph II. The dissolved St. George's Convent was used by the army and the basilica became greatly dilapidated. From 1887 to 1908, it was restored according to a design by František Mach, who returned the basilica its original Romanesque appearance.

Today, you can see the interior of St. George's Basilica as part of the Prague Castle paid tour. You can also come to the mass that takes place every Saturday. But the best option is to come here to our concerts. We look forward to seeing you. 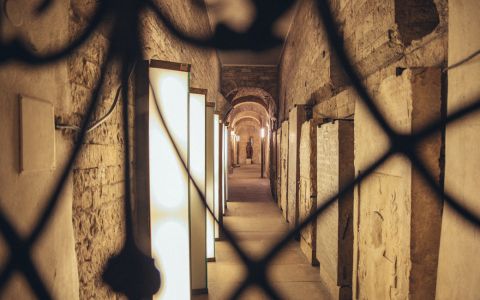 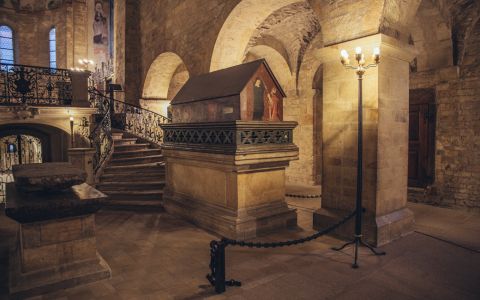 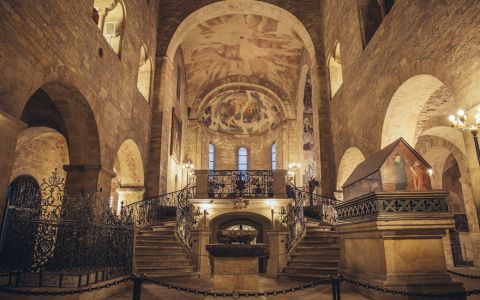 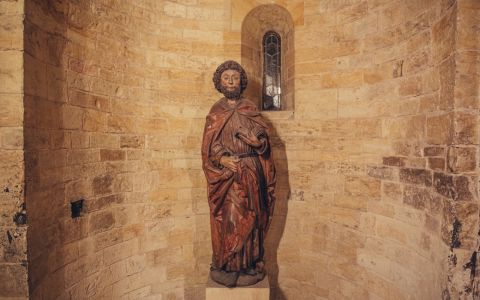 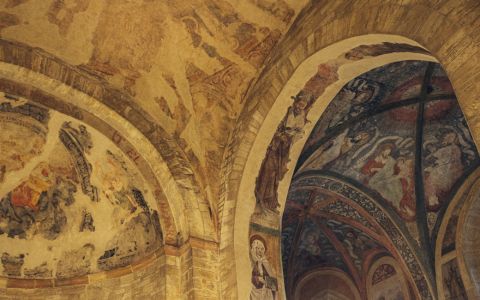 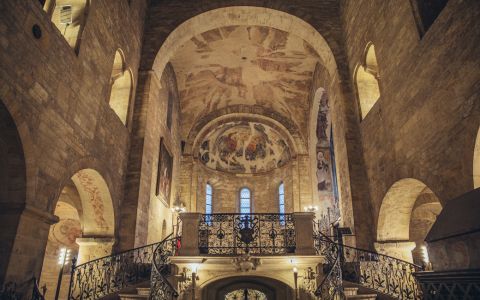 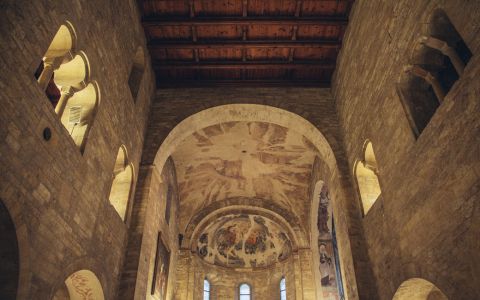 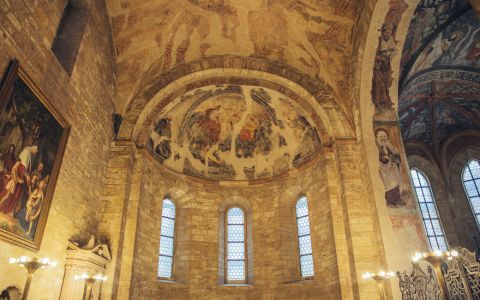 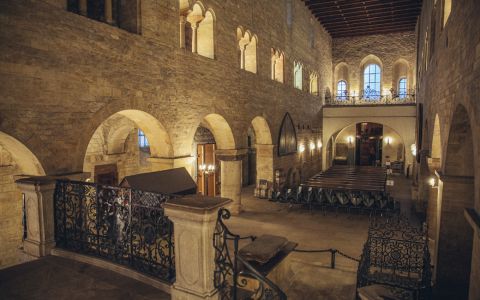 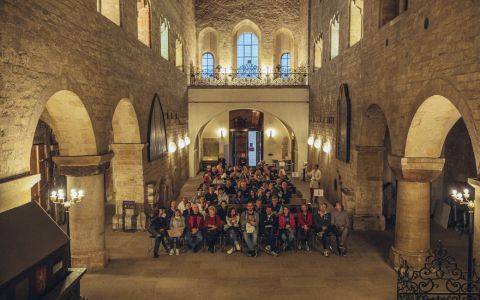 We do not have any performace on this place at the moment.