In the place of today´s Hybernia Theatre, there used to be the Gothic monastery of St. Ambrose, built by Charles IV in commemoration of his coronation with the Iron Crown of Lombardy in Milan. It was administered by Milan Benedictines. The church was heavily damaged during the Hussite wars, later it was in the possession of the Order of Friars Minor and after them, different owners. In 1630, the Irish Franciscans (Hybernia means Ireland in Latin) came here to build their monastery and in 1653-59, the early Baroque Church of the Immaculate Conception according to the design by Carl Lurago. A legend says that the Irish monks were the first in Prague to grow potatoes in the monastery gardens.

As part of the Josephine reforms, the monastery was dissolved in 1775 and its buildings were transferred to the military administration. In 1793, the church was sold in auction to Earl Swéerts-Sporck. He wanted to set up a theatre there, however, his wish did not come true and from 1811 to 1813, the church was rebuilt to a customs and tax office. The interior was rebuilt for the purpose of the office (new floors were created) and the new grand Empire façade was added, probably according to the plans by architect Georg Fischer. Another major change came during 1938–1949, when the church was rebuilt into an exhibition hall. The building served as an exhibition hall until 1991, when it was closed in dilapidated condition.

By the end of the nineties, a reconstruction with the aim of turning the Hybernia House (Dům U Hybernů) into a theatre began. The original Baroque space was to become its large hall. During the reconstruction, the transept, triumphal arch and the baroque vaults above them were demolished, which in total represented about one fifth of the preserved Baroque church. The reason for this change was building of a fly system. Furthermore, the wooden truss was demolished and replaced by an iron structure which was to contain two floors with offices necessary for the theatre operation. Shortly thereafter, a shortage of funding caused the building under construction to deteriorate for several years.

Finally, an investor, who returned to the original musical theatre project, was found and successfully completed the reconstruction in 2006. 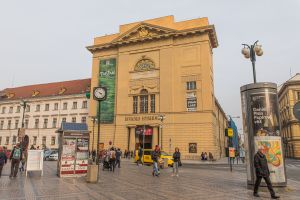 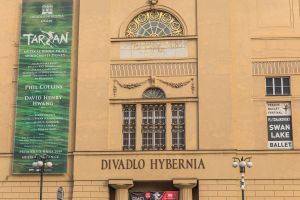 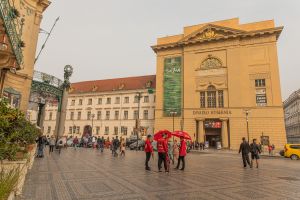 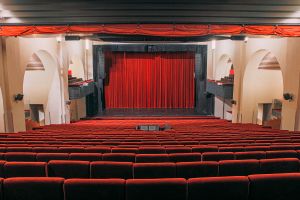 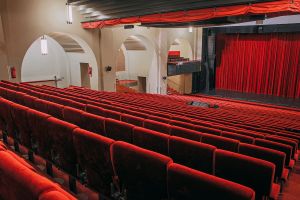 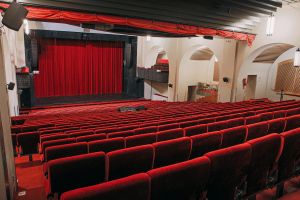 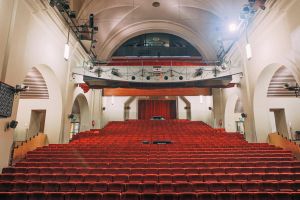 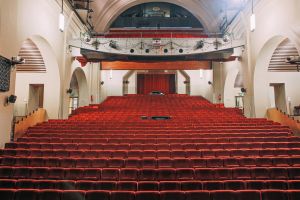 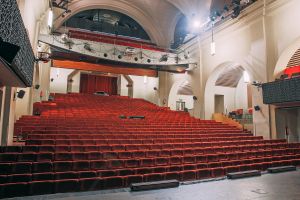 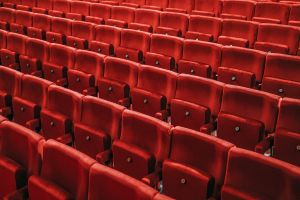 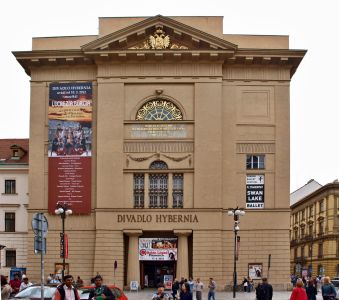